As part of my trawl through legal cases I came across this one. Jersey: Suspended taxi licence.

The case was heard in Jersey and hinged on the case of a taxi driver whose licence was suspended following an altercation with a customer.  The driver took the taxi firm  to court  to claim the suspension should never have been imposed. One of the grounds, for the claim, was that that it was motivated by discrimination on the grounds of gender reassignment.

This is the not the only  case involving this  appellant an earlier case  was also brought  because the driver felt the suspension was motivated by discrimination Earlier case.

The appellant seems to be a serial litigator.  Here is another case taken against the taxi firm where the claim was of employment discrimination, once again, on the grounds of their Gender Reassignment. Employment Tribunal.   (The taxi firm was a  not for profit collective where the owner seems to have assumed personal risk. As an aside, a model of taxi ownership I have often thought was the ideal model. Now gone out of business.
The  cases all centred on a suspension imposed in response to an incident involving a customer. This was the incident:

The complainant raised a few other issues related to how the other taxi drivers treated them. Also  mis-gendering was an offence that even occurred a bit closer to home:

The court took a dim view of the appellant, who abandoned the passengers late at night,  and made it clear the case succeeded on procedural grounds and not because their behaviour was acceptable.  It also makes clear this was followed by abusive emails and phone calls to the regulatory body.

The judgement did go on, see below, to suggest  some re-education for colleagues. I would suggest that a better approach is to stop pretending that it is literally possible to change sex. People who head down this path need to have some reality based therapy.  Clearly there are individuals whose mental fragility is a factor in this diagnosis. Mis-gendering, as we can see,  is likely to trigger Narcissistic rage. However a systemic, legally compelled, or even morally mandated, truth denialism is a dangerous state of affairs.

Here is the advice to the taxi firm:

It is the thought police which will eventually make this ideology founder.  Like many people I was formerly willing to extend the courtesy of desired “pronouns”. The political cost, however, is too high. I will not be legally compelled to do so. Maintaining a polite fiction is not the same as being coerced to deny reality.  The, increasingly, authoritarian demands to accommodate this ideology are unsustainable. It is not about kindness it is about power.  The power to compel women to deny the evidence of our own eyes.  Of course it is also imposed on men but women have a specific need to recognise males. We need  to be able to react and mitigate the risk males present to females. We can’t afford to let down our guard. And yes, I know….not all men…some of my best friends and all that… 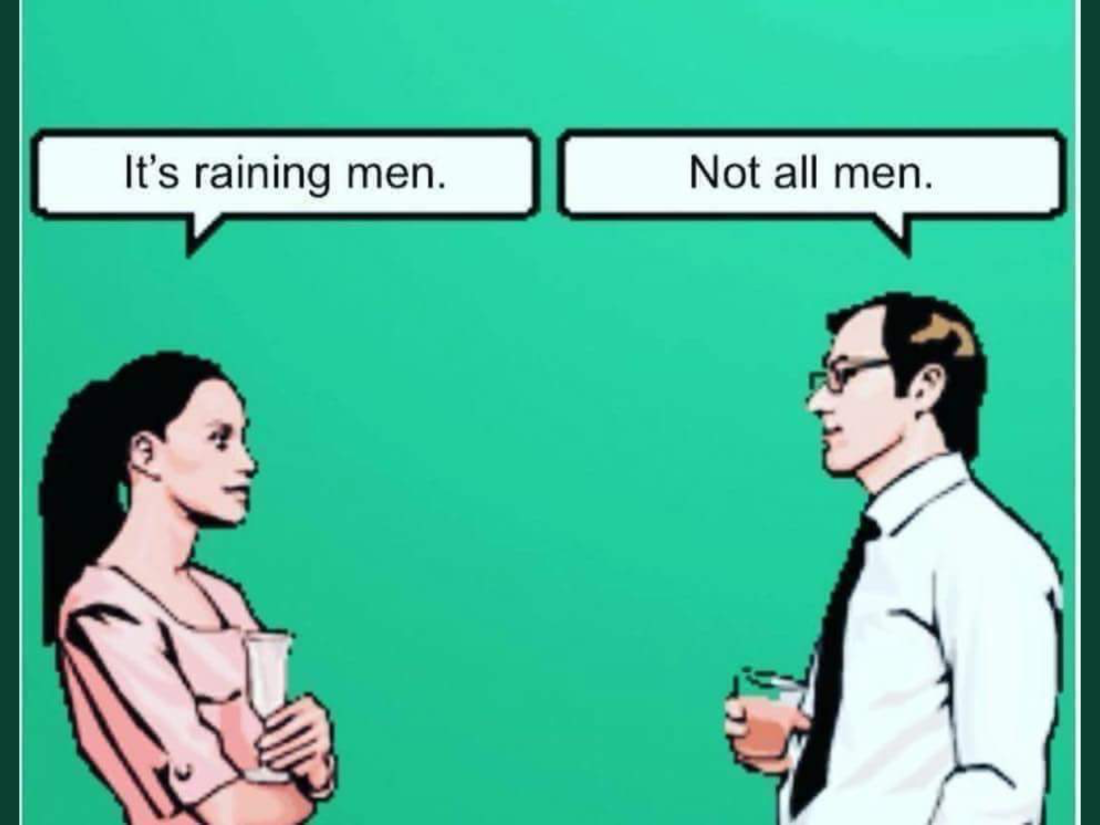 Read this piece by a Mumsnetter… {The radicalisation portal that TRA’s love to hate}. It costs us way more than mere kindness : Pronouns are rohypnol.

Already a male teacher has lost his job because he refused to use mandated pronouns, for a female pupil who identified as male.  He steered a careful course and opted to accept the new name. This  was deemed insufficient adherence to the trans dogma. Only total capitulation is enough.  Ironically during the ensuing court case the man charged with sacking him also “mis-gendered” the pupil.

Couldn’t happen in the UK though could it?  Police called on Teacher

Our children are being indoctrinated in school to adhere to the preferred pronouns of their peers.  My own son admonished me for misgendering until I pointed out that I will NEVER accept the phrase “her penis” for a  male rapist.  Son has a dysphoric female in his school and uses preferred pronouns, as per school policy.  I asked him “Do you believe it?”. No, he agreed, “but I always call her “him” if she can hear me”.  The linguistic contortions alone are mind boggling.  This is what happens  when the authorities teach you that 2+2=5.  (On a more positive note he has come out full gender critical in recent weeks. With much thanks to Sam Smith and his non-binariness).

We are teaching our children to tell a blatant lie.  We are compelling women to accept female pronouns for rapists.  Our newspapers are using female pronouns for men who exhibit male violence.  Organisations are perpetrating biology denialism by purging the word woman to reduce us to biological functions/parts.  Check out “menstruator”, “cervix-haver”.  Then do the same exercise for men.  They are NOT being referred to as “prostate-havers”!

The serial litigant was back in court to contest a decision to revoke their public service vehicle licences.  A further 7 complaints were made where “innocent” misgendering led to a tirade of abuse, in some cases, people ejected from taxis and a generally disproportionate reaction.  Here is the court transcript Loss of Licence.

Allowing legislation to punish the crime of recognising biological sex is a dangerous move.  Moreover we have to ask if it is in the best interests of the community it purports to serve. Compelled speech is not the same as a polite lie.  Looking it at this individual it is hard not to conclude that their obsessive need  for  validation has handed power to people to hurt them consciously or otherwise.  It’s not sustainable to build an identity so fragile it crumbles when it meets reality based pronouns.

Kindess I could have done. The moment you make it a matter of compelled speech a refusal becomes a political act.