This group crops up quite frequently when following grants, made by private foundations, that promote Gender Identity Ideology. The title and history of this group suggests its original focus was on Lesbians. Since it’s inception there has been a shift in focus. Let’s have a wander through it’s early history.

The historical artefacts preserved on the website for Astraea show a focus on issues affecting Lesbians as mothers, artists and musicians. They engaged in struggles to get funding and recognition as well as custody battles. There was an early clue in the use of “queer women”, though I don’t know if this was quite the all encompassing word it has become by 2021.

Tempting as it is to assume the Lesbian founders would object to subsuming (I would say subjugating) Lesbian concerns under the LGBTQ umbrella I can’t find evidence of dissent. Achebe Powell, for one, seems happy to embrace the march of Queer theory through the organisation. Here is a link to an interview with Achebe and a brief clip.

By 1996 they had morphed into an LGBTQ group and were committed to spreading their ideology globally.

So, where are Astraea Foundation now? Here is a very illuminating post by Influence Watch.

As you can see Astraea was in receipt of much state funding in the United States. It’s largest donor is the Arcus Foundation but it’s not wholly transparent about all its donors.  The State funding emerged under President Obama.  Obama  was bankrolled by Penny Pritzker, whose brother is a billionaire, trans-identified male, reborn as Jennifer, after a high flying military career.

Below is an article in the New York Times which profiles Penny Pritzker’s her role in propelling Obama to the presidency. I wonder if the price he paid was the promotion of LGBTQ rights, or Gender Identity Ideology, during his time in office? 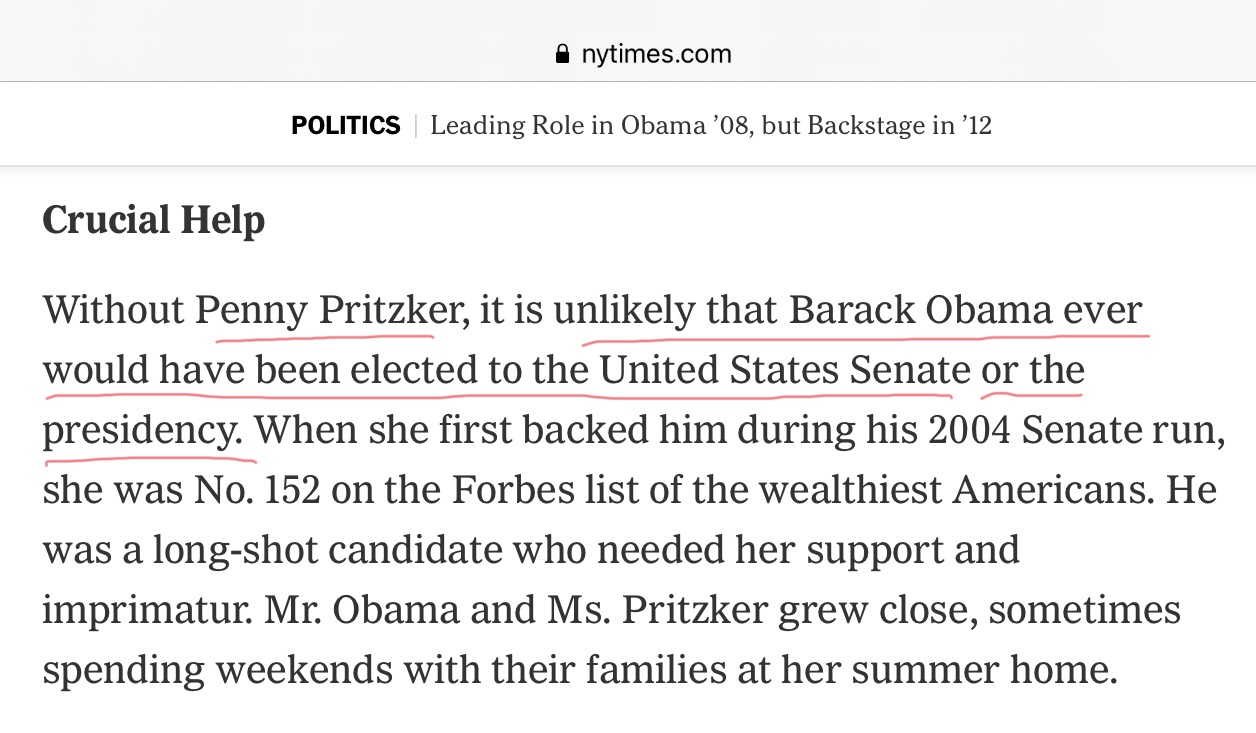 As you can see the Obama Administration pushed for LGBT acceptance and Astraea Foundation became deeply embedded in the project.

Astraea Foundation came to my attention by following the U.K. based Barings Foundation 2.  and there foray into funding LGBTQ funding on the African continent.  You will notice that the grantees funded by Baring have significant overlap with those funding by Astraea.

The organisations that fund Astraea also crop up regularly when following the money. Arcus Foundation and Open Society Foundation are named in their 2019 annual report as is Ellen Page. 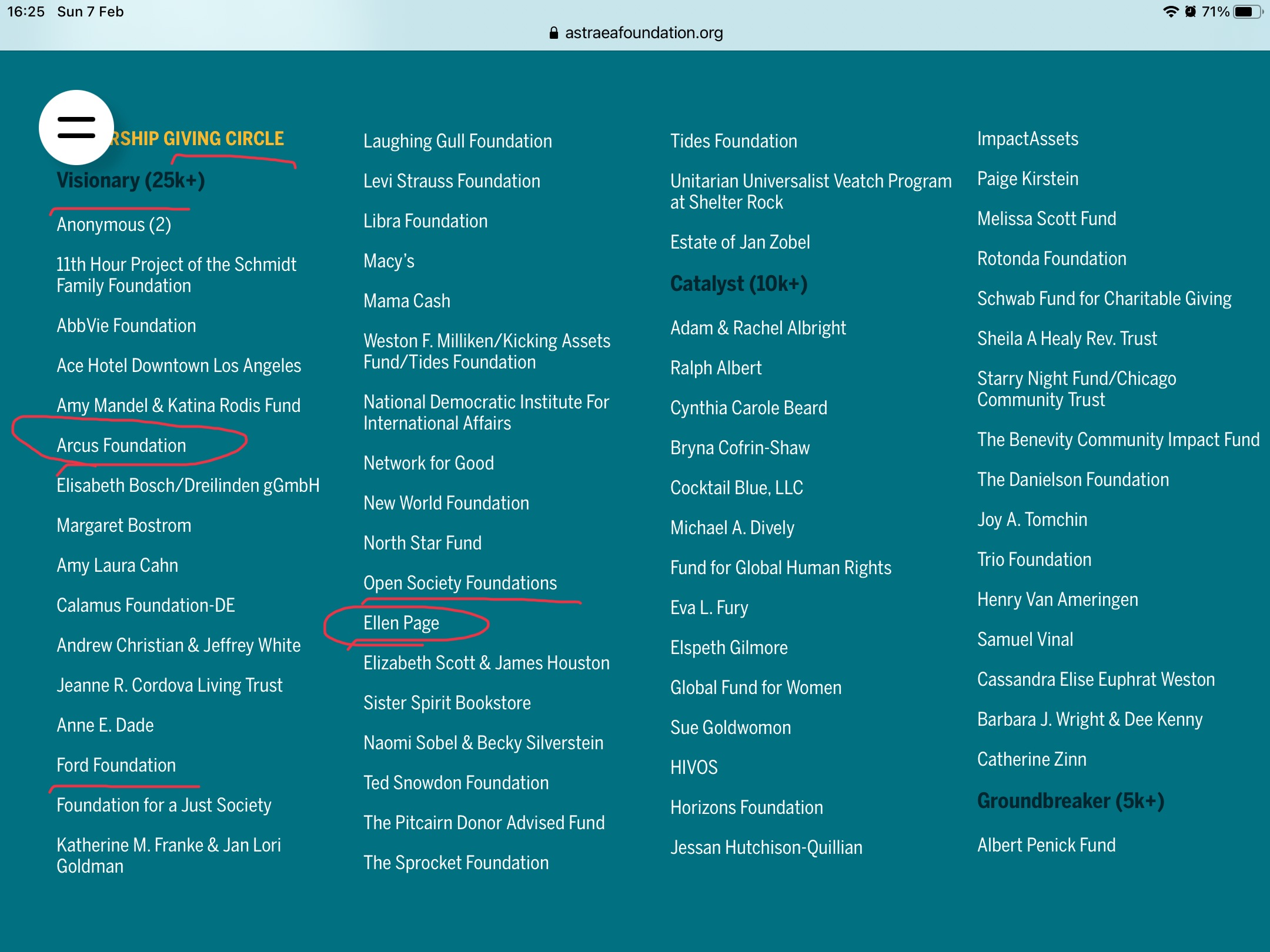 They also recognise the pushback as women, especially lesbians, realise the implications for our sex based rights; right to exclude male people from Lesbian spaces and the right to single sex spaces for all women. So what does Astraea have to say about this backlash? Surprise surprise we are accused of paranoia and being aligned with a Conservative agenda. The fact that UK Gender Critical women are largely (though not entirely) left wing tends to confound commentators from the United States. As usual many cannot quite fathom any cultural context but that of their own. We didn’t win abortion rights and paid maternity leave by following U.S feminist strategies. 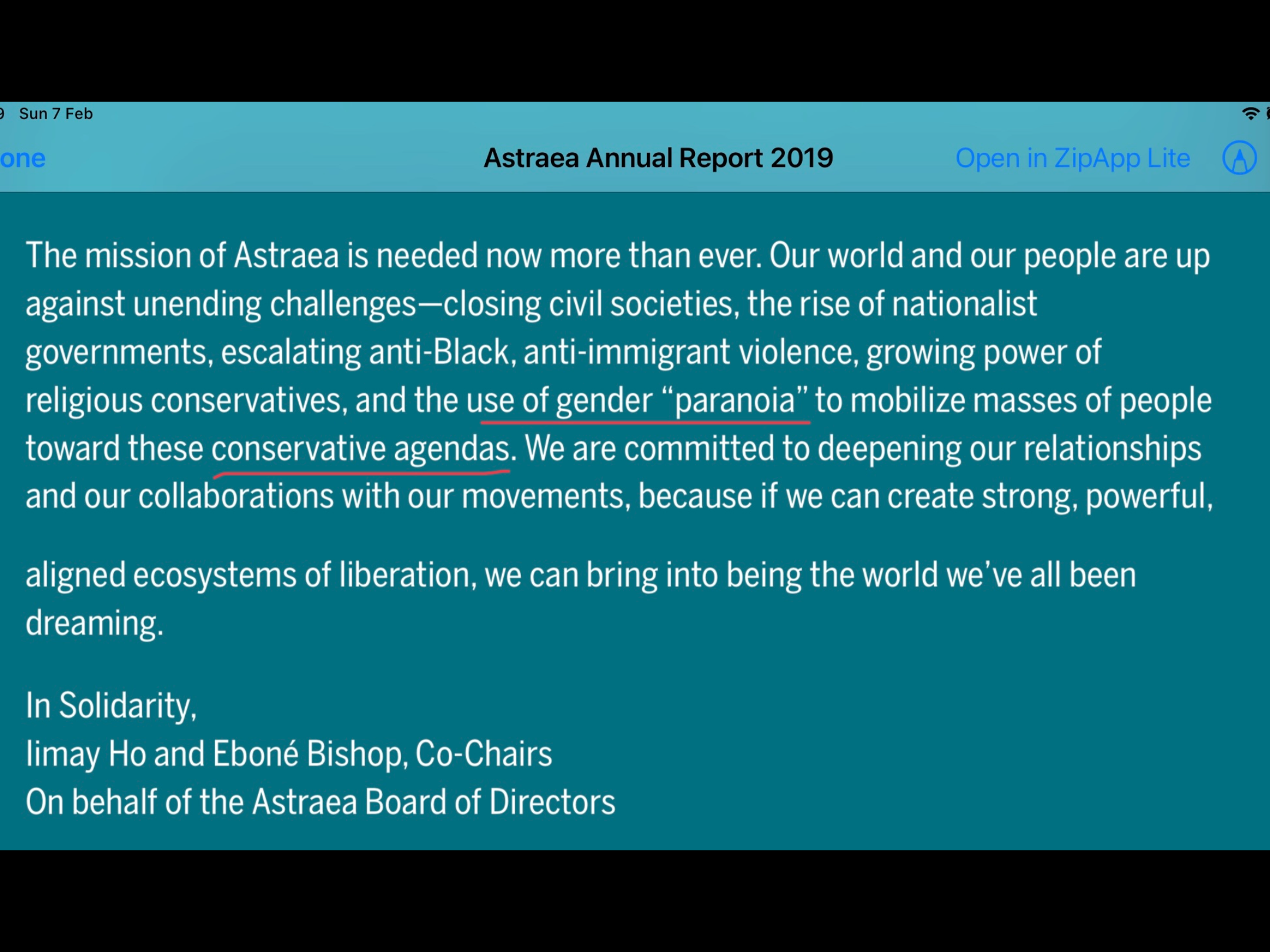 I have drilled down into the funding provided by The Arcus Foundation. To understand why the billionaire heir to a medical company may have a vested interest in spreading Gender Identity Ideology I refer you to Jennifer Bilek’s article, below.

Arcus commenced funding of Astraea as far back as 2007.  Here is a snapshot of the amounts and which region of the world they focus their efforts.  They are overwhelmingly focussed outside of the United States.

Here are the amounts that the Open Society Foundation has ploughed into Astraea Foundation. Since 2016.

You can search their grants database here. It only provised data to 2016.

I am unwaged so any support gratefully received.

Researching Gender Identity Ideology and its impact on Women and our Gay Youth. Support is always appreciated (I have no income) but I would be equally happy if you contributed to a legal case or a crowdfunder for Lesbian and Gay News.

One thought on “Astraea Lesbian Foundation”