Better a live daughter than a dead son!

This blog is in response to the consistent use of versions of the above phrase.   Parents are being told a failure to comply with medicalisation, for their “gender confused” offspring, will result in a significant risk of  suicide. Lobbying organisations are using suicide rates of “trans” kids to influence public policy, advocate for legislative change and dictate clinical guidelines for kids/teens with Gender Dysphoria. Despite the headline grabbing claims the data does not stand up to scrutiny.

A selection of headlines:

A more recent one from September 2019 includes a direct demand that legal change is required to mitigate against these suicides:

These are not isolated examples. This theme is used consistently by lobby groups, in particular, Mermaids. Below is a link to a taped Mermaids representative in a training session. When an audience member notes that some academics have criticised the data, on trans suicides, the trainer warns that academics can still be transphobic!    Mermaids Training.

Full statement from Mermaids on World Suicide Day here.  Note the statistic of 45% is still in use. They also then quote the general suicide rate, in under 19s, to support their case. This is not disaggregated to show any link to Trans identity.  World Suicide Day

Here is a slide presentation, used by Mermaids,  during a presentation at a conference in front of an audience of lawyers, press, NHS representatives and government officials. This was on 18th November 2016 at the Trans Equality Legal Initiative.

Two key pieces of research are used to make claims of high suicide rates/attempts in the trans community. The first one is a study commissioned by PACE RaRe and the other was commissioned by Stonewall.  These studies may not have reached a wide audience but their message informed the ITV drama  “Butterfly” : which made liberal use of the suicide narrative. 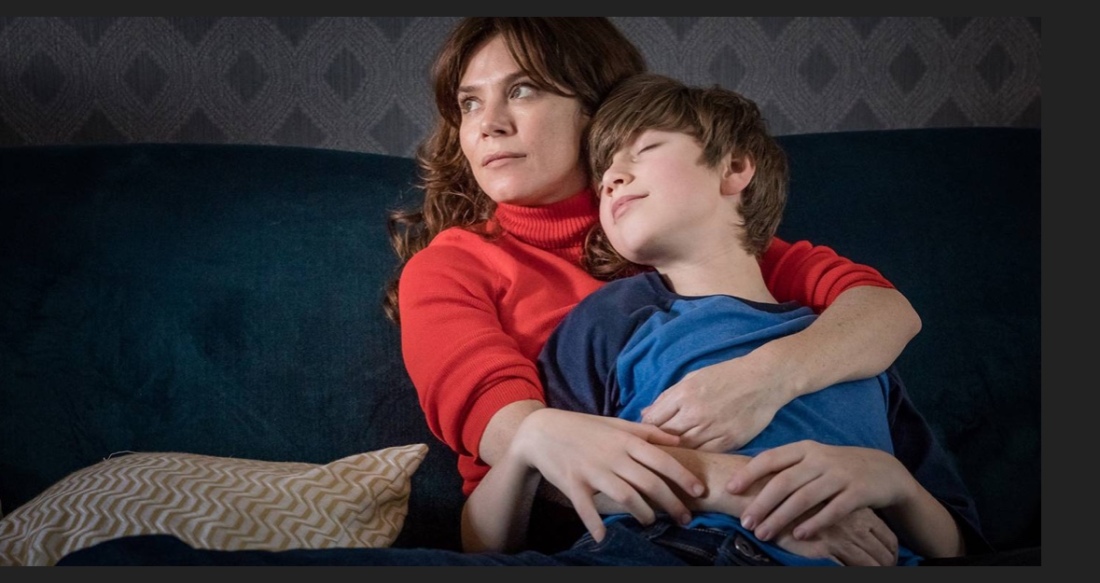 Here is a detailed debunking of the suicide stats,  authored by Associate Professor Michael Biggs, prompted by the ITV drama “Butterfly” : Suicide data.

Here are some key excerpts:

That’s FOUR  cases over a decade. Each one a tragedy for the individual, and their parents,  but in no way supporting the ,manufactured, public perception, of a suicide epidemic in Trans youth.  These figures have been published by leading MPs who seem to be uninformed about their unreliability.

Here is Susie Green (CEO of Mermaids) claiming she is aware of 4 trans-suicides in just one year. There is no evidence to support this statement. 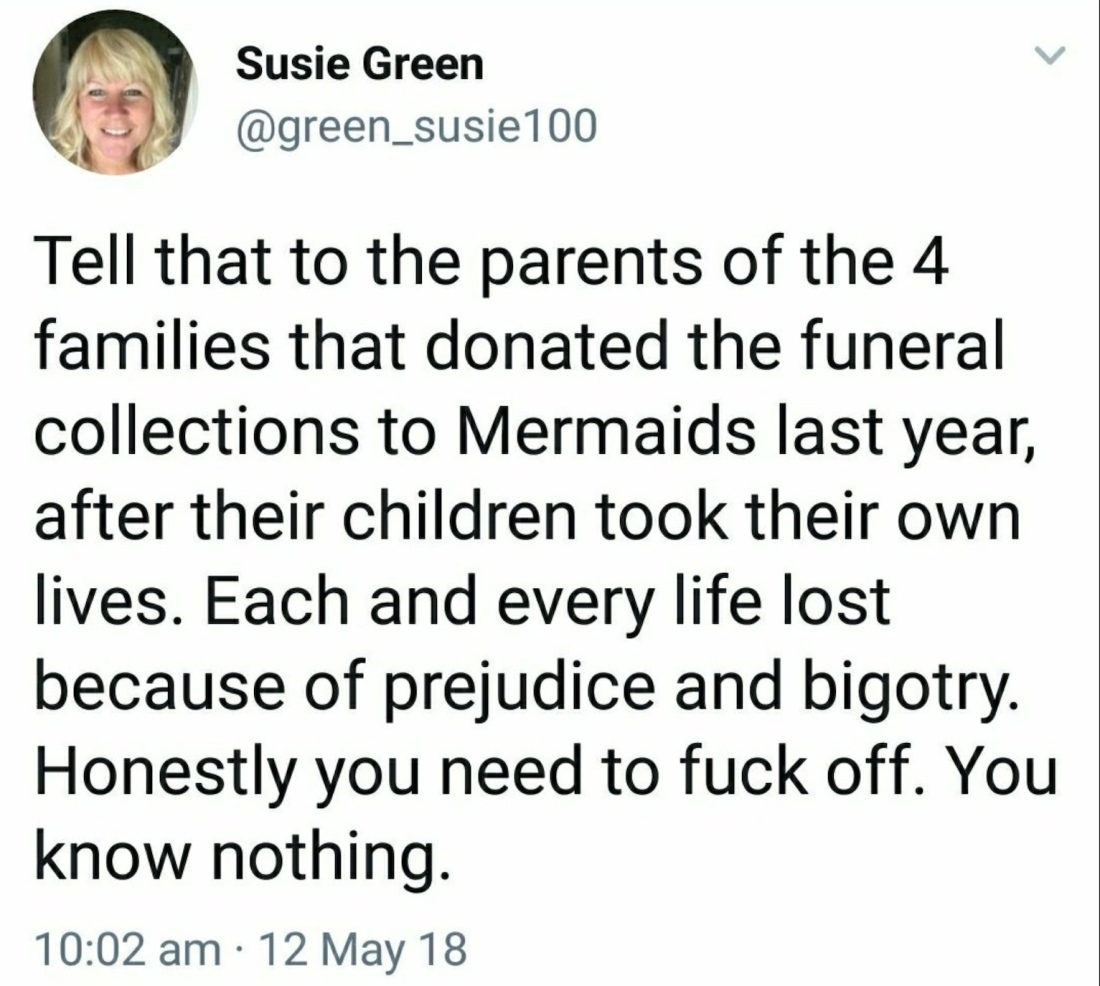 Here is a full analysis of the data in the above study, in particular questioning the way these statistics have been used by Lobby groups. Suicide Myths

Below is a brief snapshot highlighting that the central figure is based on 13 trans young people who self-report attempted suicide.

Included in the above report is correspondence with one of the authors of the study expressing concern about how the data has been used. Below is one example:

The author of the study had this to say about the way organisations, with an agenda, are using their data:

The second study under analysis is one commissioned by Stonewall, with an introduction by, former CEO, Ruth Hunt.  The full report is here

Attempts made to obtain the methodology were not forthcoming.  In Academia it is absolutely expected  that any published research is open about their methodology. This is so it can be critically evaluated and it’s robustness tested.  No peer-reviewed journal would accept research without knowing that the data set was available to scrutiny. The Stonewall research was not subject to peer review  and no dataset was forthcoming. 👇

It is well demonstrated that Lesbian and Gay youth are more likely to be bullied and have suicidal tendencies.  Research needs to disaggregate the data to include sexual orientation however a research subject identifies. This is the only way to understand what is going on.  Hence point three, above, is important.

The report ends with a link to the Samaritans Guidelines on responsible reporting of suicide.  Samaritans: Media Guidelines

Remember that the Samaritans warn, repeatedly, that irresponsible reporting can foster suicide ideation in vulnerable groups. They warn it is dangerous to over-simplify narratives about suicide cases. In addition to focus on one of the deceased characteristics can harm those who share that trait.  (Please note that this in no way negates the real experience of individuals living through genuine distress either due to sexual orientation/ Gender Dysphoria or, as is often the case, both).

For parents with children/teens with Gender Dysphoria, the way the suicide narrative is presented can generate understandable anxiety. By way of reassurance I  repeat the guidance from the Gender Identity Services (GIDs) own FAQ page.

Here are also Polly Carmichael (Director of The Tavistock, Gender Identity Clinic)  on the suicide statistics and how they are used:

The aim of this blog is to inform enough people to  rebut this narrative when we hear it. Whether that is in real life, diversity training, or on social media.  Please do also let Samaritans know when you see this irresponsible coverage. I live  in hope they are moved to make a public statement, or at least, a private overture to those peddling this dangerous narrative.

Acknowledgement: Thanks to Professor Michael Biggs and Transgender Trend for all the work they do.

7 thoughts on “Suicide in the Trans Community”